The Life of Saint Columba Apostle of Scotland 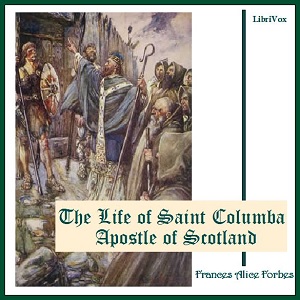 The Life of Saint Columba Apostle of Scotland

LibriVox recording of The Life of Saint Columba Apostle of Scotland by Frances Alice Forbes.
Saint Columba (521 – 597) was an Irish abbot and missionary credited with spreading Christianity in present-day Scotland. He founded the important abbey on Iona, which became a dominant religious and political institution in the region for centuries. He is the Patron Saint of Derry. He was highly regarded by both the Gaels of Dál Riata and the Picts, and is remembered today as a Christian saint and one of the Twelve Apostles of Ireland. Columba reportedly studied under some of Ireland's most prominent church figures and founded several monasteries in the country. Around 563 he and his twelve companions crossed to Dunaverty near Southend, Argyll in Kintyre before settling in Iona in Scotland, then part of the Irish kingdom of Dál Riata, where they founded a new abbey as a base for spreading Christianity among the northern Pictish kingdoms who were pagan. He remained active in Irish politics, though he spent most of the remainder of his life in Scotland. Three surviving early medieval Latin hymns may be attributed to him. - Summary by Wikipedia
For further information, including links to online text, reader information, RSS feeds, CD cover or other formats (if available), please go to the LibriVox catalog page for this recording.

Uploaded by librivoxbooks on October 20, 2014